A downloadable game for Windows

We just released the game! Thank you all for the support and the feedback. We hope all of you will have a lot of fun playing the game. Consider leaving an honest review or feedback on steam. This will help us grow and improve the game.

We have also added one important additional feature to the game:  You can now save your game progress with save & exit. For now saving the game only works in singleplayer.

We are now on steam with a store page and the demo:

[25.07.2017 UPDATED fixed issue with private lobby] - Players who have the old version are not able to create a proper privat lobby.

Feel free to tweet, stream, upload videos and share the game. Please also link to the project and mention that this is an early version. Have fun!

Dungeons & Treasure is a roguelike dungeon crawler created with voxel art for Virtual Reality (VR). The game will be released for HTC Vive and Oculus Rift. The version here on Itch.io will be updated to a certain point, so we can gather information and feedback on the game. So let us know what you think about this project. You can also subscribe to the game on our official website (linked above). Over 140 different items, ranged & melee weapons, buffs, companions and shields to unlock. Active items have different effects which must be activated by the player. Weapons and Shields all have different stats. Buffs are passive upgrades for the player and can be stacked with no limit. Companions will assist the player in battle by passively casting curses and buffs or attacking enemies.

Drop-in Multiplayer allows you to quickly join a random game with up to 4 players. Or create a private lobby and invite as many friends as you want: The terminal in the lobby can be used to create a private game. All players who type in the same gamename and enter a multiplayer game will be in the same playthrough. The game is also playable in single player.

You will be able to play through different environments. The environments are procedural generated and will get harder the longer you play. Areas contain handcrafted rooms that create a beautiful atmosphere. Each environment contains a unique boss that, upon defeating, will lead to next area and give a special currency. The special currency persists after death and can be used to unlock items.

In every environment you will encounter environment specific enemies. Every level has 6-8 unique enemies with unique abilities. In addition to enemies you will find hidden rooms, which can either harm you or hold a special reward. You will also find different traps, which can hit you from any angle. With every loop enemies become stronger and more difficult rooms and traps are added. At a certain point enemies will gain more than one ability.

While you are in a playthrough you can find a shopkeeper who will sell a certain amount of items (also locked items). Items can be bought with gold, which is found in a playthrough. Normal gold does not persist through death. Waypoints can be used to teleport to an other discovered waypoint. Waypoints also show a larger portion of the map. If looked to the ground a minimap will appear and show some information, such as droped items and already discovered tiles (marked grey).

I wish you'd update the demo with the ability to rotate to turn around, after 90'mins of standing my feet are hurting hehehe. (hopin to be able to buy it soon tho, it's a very fun game). It reminds alot of a first person version of gauntlet (80's arcade game).

Please add some soundtrack! The game would feel great with some light background music :)

Hello Sotto, we will have background music, dont worry : )

Not sure if you're aware but the game is listed as having no available downloads. I can't download it in the itch.io app either

Weird, try it through the website. In the analytics I see people download it and I tested it aswell, it should work. You could also download it from our website: https://www.dungeons-and-treasure.com/index.html. If you still have issues let us know! Have fun!

This is a great little game. Have you considered being able to save single player games progress?

Will probably come in future but is not planed for the initial release.

Hi, Dungeon & Treasure - this game is amazing. So much potential already. :) Unfortunately, itch doesn't have a way of private messaging, but I'd love to connect with you, if you're willing. My name is Aaron, and among other things, I'm the executive producer of a game called QuiVr, which you may or may not be familiar with. I've sent you a private message on Reddit with my contact details, since spam tends to follow posting public info. Ah, but also, here's my Linkedin account, as well: https://www.linkedin.com/in/aa... Feel free to add me and message me there, as well. If not, no worries, but I'd really love to chat if you have interest. Either way, I'm super excited to see where your game goes. - Aaron

Thanks for the kind words!

Hi, sorry for the late answer. I was busy the last days. Thank you very much for the feedback. It was very helpful, its really nice to see that you had so much fun in this early version. An update is almost ready again and will come in the next week. All the features which are planed for the full release are listed in the itch.io topic or on the website. There will be much more content. The game also will be much more roguelike than dungeon crawler.

This game is nice and will definitely be something that I will buy on Steam.
Excellent work!

How can I change orientation while teleporting (Oculus Rift CV1 with touch controllers)?
I can teleport but not select in which direction I am looking.

In the video I saw that there is a quick way to move back.
And also a way to move to the side (side step).
How is this possible?
Note: due to restricted place in my office I can only use standing experience and just do one step to the left and to the right (maybe you should consider this).

Would love to play as a mage.

Next you should consider allowing to shoot through the iron bars (in RL this would be possible).

Thank you very much for the feedback! Teleporting with oculus rift controlers is not perfect yet, but we are working on it (the angle is weird sometimes).

We will make a huge update next week, but do not forget its a very early stage of the game. This was just the core system. For now it seems that it works fine, we will be able to add content very fast.

I know that your game is in a very early stage (you wrote "pre-alpha" in an other posting).
This is the reason why I post my feedback because I really love to help improving the game.

About movement:
Please allow using the joystick on the touch controllers (that is used for teleporting) for short steps backwards, forwards and sidewards.
Then I can quickly retreat and also evade.

Next you should post the version number and the compile date at this website (near the download link).
Reason: I want to see if there are updates and I don't want to install the itch.io app (don't like to have too many game clients installed).

And I really hope you implement spells, a dungeon-crawler should have mages in my opinion.
Reply
dungeons-and-treasure5 years ago

Thanks again, we will update this post with the next update and add the version number. There will be different types of locomotion. I think trackpad locomotion is what you want. This will be added in future.

Do you plan to add spells?

We will have a more complex combat system in future (but that is polishing, for now we need to ensure that the core system works), for example shields will have all a certain defense skill/spell. We want to add a companion, which means you will be able to find small creatures which will passively assist you in combat and follow you everywhere. There will be more enemies, some which will use skills/spells. And you will be able to carry a certain use-item which will have an active skill/spell with a certain cooldown.

We do not want to implement a traditional class system, this game will go more into the direction of binding of isaac. In future you will be able to influence your playstyle by the decisions you make and the items you find.

In your old comment you mentioned some spells, they are all possible in our game, but they will be bound to an item or weapon, which means you will be able to have max. 3 active spells of a kind. For examle if you feel like playing tanky you could use 2 x shields and a defensive active item, where each has an active defense skill/spell.

Under the controls image is a description with all features which are planed for the full release.

So how bad are the controls for the touch? I am looking for some dungeon crawler games for the oculus would like to check this out if its not to buggy. (Also I am new to itch.io so I am not sure this is where you are wanting feed back if not then direct me senpai :)

The angle of the teleportation beam is a little bit weird, but still playable. We are working on the issue! We will update the demo at the start of the next week.

Awesome I just downloaded it and I am about to check it out. I am not sure if streaming your game is allowed but if it is I might here in a few. twitch.tv/j3han. I am just really looking for more VR games to play. I like the dungeon crawling aspect, also maybe top down city builder like sim city or possibly a crpg like divinity original sin. I am working on learning some VR stuff in UE Editor but I cannot get that working. What do you use to create your game? Unity?

Ofc. you can stream our game and mention this project, but also say that this is a pre-alpha version! We just uploaded the first demo and there is not so much to do right now. It is just the core system. The main purpose of the first demo was to test the core system and the voxel art style and to get some feedback. We are using unity for development. Have fun!

Awesome! I just played it and I see what you mean about the arch in the teleportation. One thing I would love already is right thumbstick to be able to soft turn yourself. Love the way the xbow feels when shooting though. So far pretty awesome made it quite a ways then died to a double trap not being able to port quick enough haha. Very fun and chill thanks for your work on this.

Thank you for the first feedback!

controller support? (i have dk2 rip)

At the moment we are building the game for oculus touch and vive controllers because room scale can be used to play the game (for example dodging projectiles). Adding support for classical controller is definitly an option aswell, we will keep it in mind, thanks! 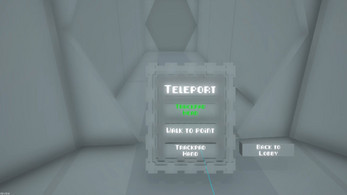 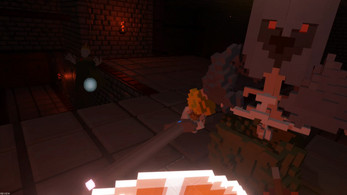 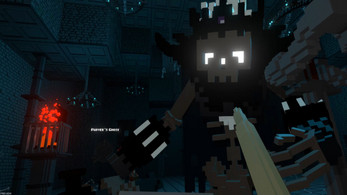 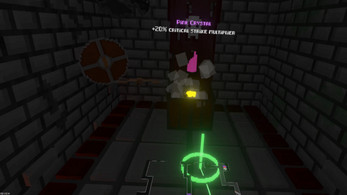 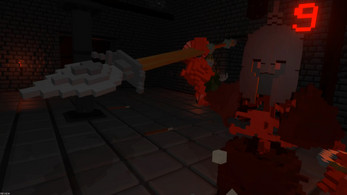 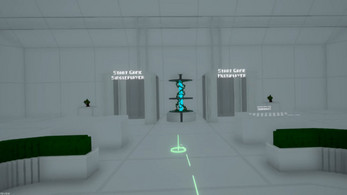 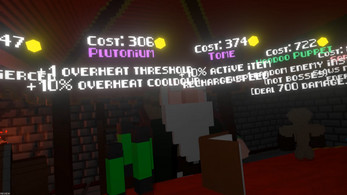